Espionage and Intrigue: The Third Man 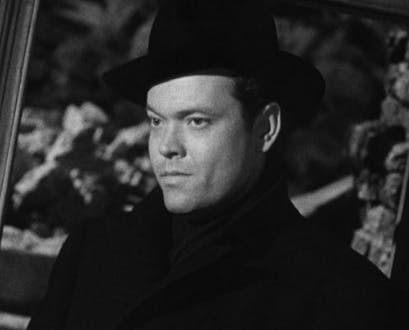 This year is the 70th anniversary of the film The Third Man, considered the greatest British film of all time, and still shown regularly at the Burg Kino in the 1st district. There are many reasons why the film is beloved, but surely the mystery and intrigue both onscreen and behind-the-scene contribute to its legendary status. Although the film is ostensibly not about spies, it is bound up and embedded in the world of espionage and intelligence that characterized Vienna in the post-war years. The author of the screenplay, Graham Greene, was himself an MI6 agent and undeniably familiar with the secretive world of covert operations and shady underground dealings.

One of the more fascinating real-life characters behind the film is Kim Philby, who is generally thought to be the personage upon whom the character of Harry Lime is based. Philby was also a British intelligence officer and co-worker of Graham Greene, with whom he frequently socialized. However, prior to his joining the MI6, Philby had lived for a time in Vienna working to assist refugees from Nazi Germany. During his time in Vienna, he was part of prominent Communist circles and married Litzi Friedman, a leading member of the Communist Party of Austria, in 1934. In that same year, Philby witnessed the Austrian Civil War while in Vienna with Friedmann, and together with her helped to smuggle left-wing activists out of the city through the city’s sewer system. Although it has never been definitively confirmed that the character of Harry Lime is based on Philby, it’s easy to see why one might come to that conclusion!