Karoline Traunwieser- the most beautiful woman in Vienna 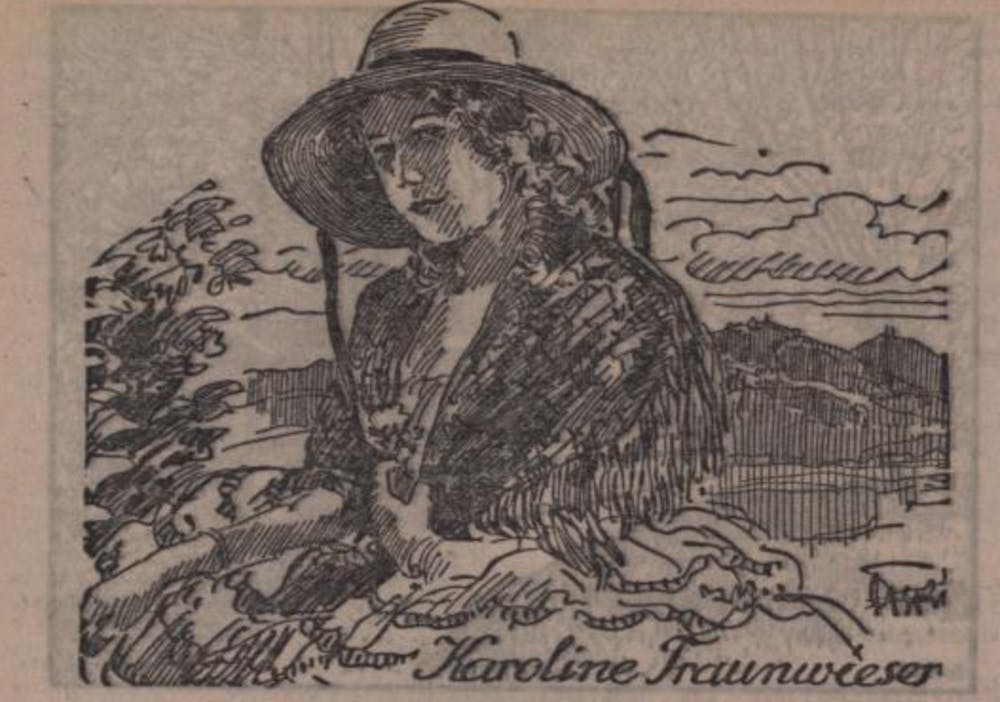 The most beautiful woman in Vienna in around 1814

If you’ve visited our blog in the past few weeks you have probably already picked up on her name, since she is buried in the Kahlenberg cemetery.

Long-established people that grew up in Vienna will tell you all about Karoline, her beauty, and the legend about her cruel death. Sadly, we don’t know much about Karoline, till now there is no painting out there to showcase her appearance and the fascinating features people from the 19th century must have been awed by.

She was born in December 1794 as daughter of Josepha von Traunwieser, the woman who bought the Kahlenberg years after Karoline was born. Her father was a merchant, he must have travelled all through Austria and our bordering countries.

No sources refer to Karoline’s childhood, but according to newspaper articles from 1811/12  Karoline was known to be a singer, she got invited to the Streicher Parlor in the Ungargasse and to Balls at the hotel ‘Römischer Kaiser’. At one of those balls in the year 1811, Karoline met the orientalist Joseph Freiherr von Hammer-Purgstall, who later described the young woman as “divine beauty”, “the most beautiful woman from Vienna”, “a Persian fairy”.

In 1930 a newspaper article retold the story of Karoline with facts that aren’t historically accurate. Attached to the article the drawing of her can be found, but judging from Hammer-Purgstall’s description of Karoline, it’s unlikely that she looked like this.

Karoline’s obituary tells us that she died at the age of twenty-one from tuberculosis. Legend has it that she wandered down the Kahlenberg in the middle of winter, dressed in nothing but a thin dress, searching for her husband. The man she had married was already dead by the time she died of her illness.

Originally, she was buried next to Charles Joseph de Ligne, a close friend of the Traunwieser’s, but as his wife died, Karoline got moved to a new grave a few feet away from him. Nowadays, the grave is decorated with angels and candles, placed there by people who are still fascinated by her story.