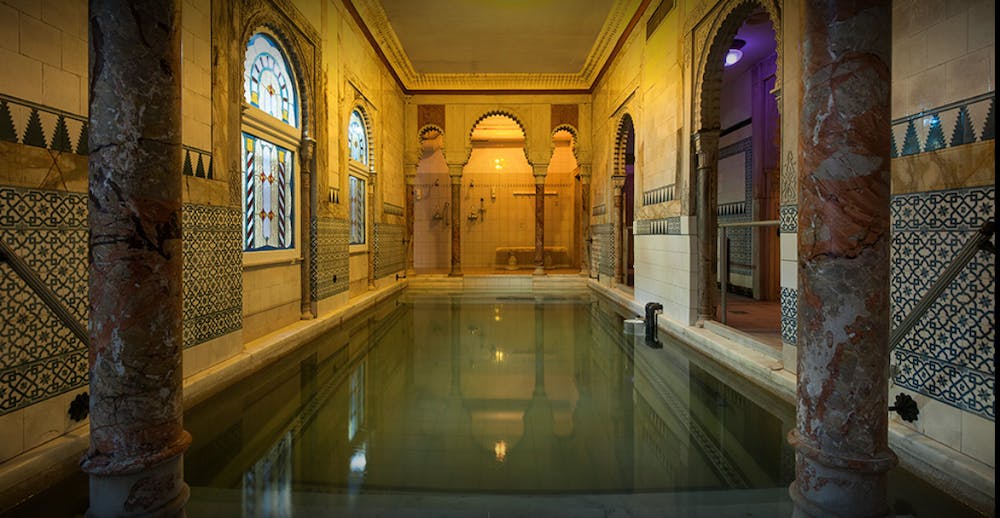 Some weeks ago we told you about the Vienna Central Bath, located in the heart of the first district and known in its time as the most fully realized and elegant bath-house in the world. As you may recall, part of the bathhouse is still in operation today, though it now caters to an exclusively male clientele. Today it is much better known as the Kaiserbründl, which is the gay male sauna that has operated out of the historic central baths since the 1980s. Although many people believe the name Kaiserbründl refers either to the (unsubstantiated) fact that the Emperor himself visited the baths back in the 19th century, or the (substantiated) fact that his brother Ludwig Viktor (commonly known as ‘Luziwuzi’) frequented the baths, it actually probably refers to the source of the Vienna River on Kaiserbrunnberg in the Wienerwald – which does have some royal connection as Empress Sisi was said to have visited it, but likely was chosen as the name of the sauna in order to connect it to the origins of the river from which the city gets its name.

The design and decoration of the sauna is intended, apparently, to represent the subterranean sun temple of the ancient god Elagabal, as well as to the late Roman child Emperor Heliogabalus who, in his short reign was known for lavish feasts and origies devoted to Elagobal. This has set the tone for the sauna, and transformed it into one of Europe’s most famous gay saunas. One notable guest in more recent years was George Michael. It’s not all celebrity and hedonism though; there is also a murder/suicide mystery connected to the sauna, but that will have to wait for next time!