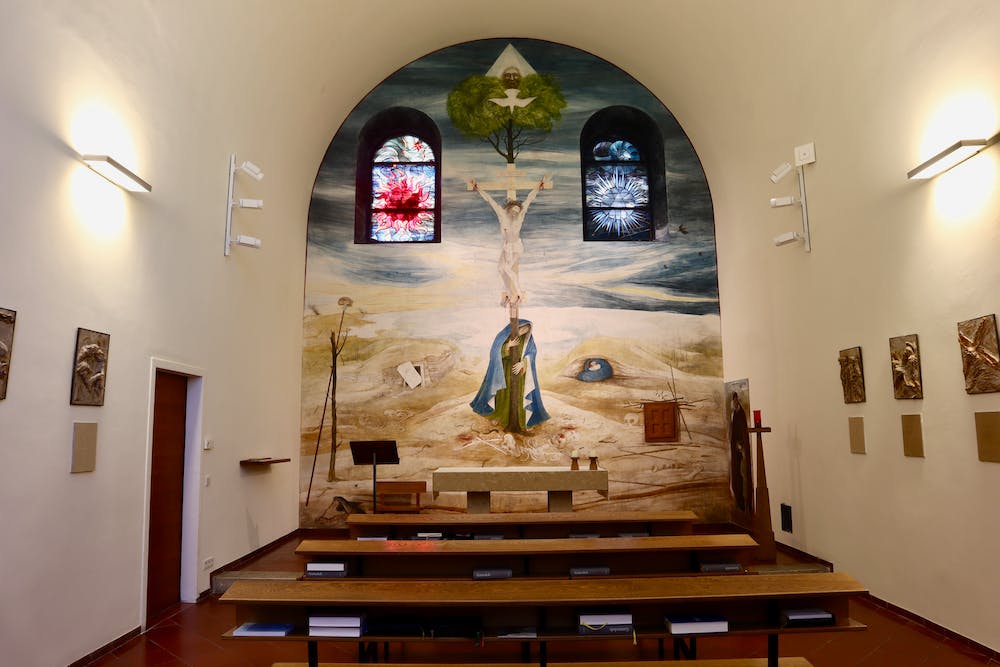 As we have told you in the past, there is no shortage of churches in Vienna, some better and some lesser known. Some are easy to see while others are not hiding but may not be perceived immediately. The Lazaristenkirche on Kaiserstraße 7 is not hiding, but if you are not in the area, it is likely you don’t know it. The Lazarists are a catholic congregation whose origins date back to the 17thcentury in Paris. They came to Vienna in 1855 and in 1860-1862 their church was designed by the famous architect Friedrich Schmidt, who was also the architect of the Rathaus. 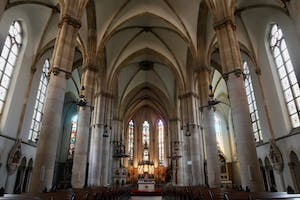 Adjacent to the church there is a monastery where members of the congregation live and which also hosts private flats. Here in the monastery there is a chapel that is used by the congregation, but it is not open to the public. There you will find a mural that was painted by the artist Anton Lehmden in 1970 and that depicts the salvation of Christ. It is likely that the artist’s name does not ring a bell, but if you have been at the Volkstheater metro station, you have most likely seen some of his work: “Das Werden der Natur” (“The becoming of nature”). It is located on the way to the U3 and because of its size it is hard to miss it. 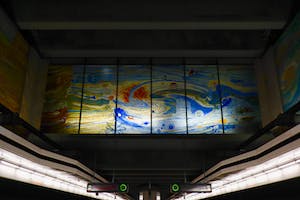 “The Becoming of Nature”

Fun fact: The Lazaristenkirche has a tower which sometimes appears to lead to confusion. We were told that some visitors that arrive to Vienna via the train station Westbahnhof wonder if the tower that they see is the Stephansdom! (Cr). 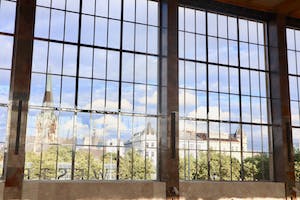 The monastery’s mural has been recently renewed and there is the opportunity to see it during the upcoming Tag des Denkmals on September 29th. There will be two tours and if you are there you may want to visit the church.  The Tag des Denkmals is organized by the Austrian Federal Monuments Authority (Bundesdenkmalamt – BDA). The aim of the event is to make the public aware of the importance of cultural heritage and to raise awareness about heritage protection and monument preservation.