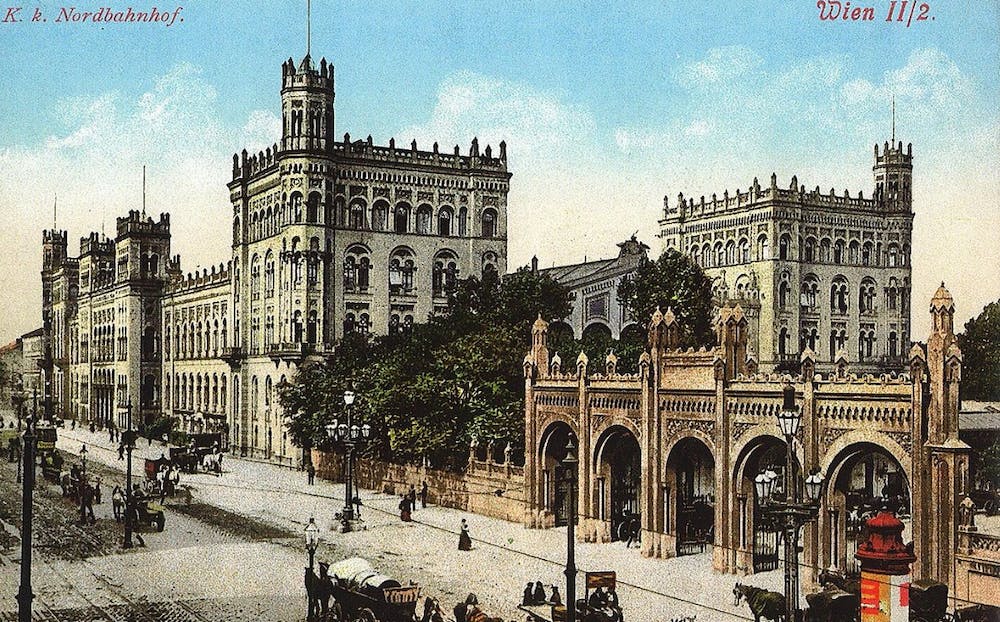 Although you may not have ever given it any actual thought, the name Pratersten is not random or accidental – it is in fact next to the Prater, and shaped like a star (stern) by virtue of the 7 streets that all meet there. It has officially had this name since the 19th century, some decades after Emperor Joseph II had Praterstern built in 1780/1781. Prior to this, the area had been home to the Prater bridge, which crossed a Fugbach, a small arm of the then-still-unregulated Danube.

Because the Danube was unregulated and unpredictable, the area around Praterstern didn’t really start to develop until the 19th century, when the area gained importance with the opening of the Nordbahnhof, the Habsburg Monarchy’s largest and most important train station, in 1838. The station was an impressive construction of towers and turrets that spanned an entire city block, housed a statue of Anselm von Rorschild in its vestibule, and counted as one of the city’s most magnificent buildings. The station was so important during the monarchy because it directly connected Vienna with Bohemia, Moravia, and Silesia. With the fall of the monarchy and the loss of those lands in 1918, the Nordbahn also went into decline, though it remained in operation until the 1940s. During the Second World War, it was heavily damaged by bombs, and unfortunately never restored. Instead, it stood crumbling until the 1960s when it was ultimately demolished – to the dismay of this Secret Vienna explorer who would have loved to explore the place!