The story of Niklas Meldeman’s map 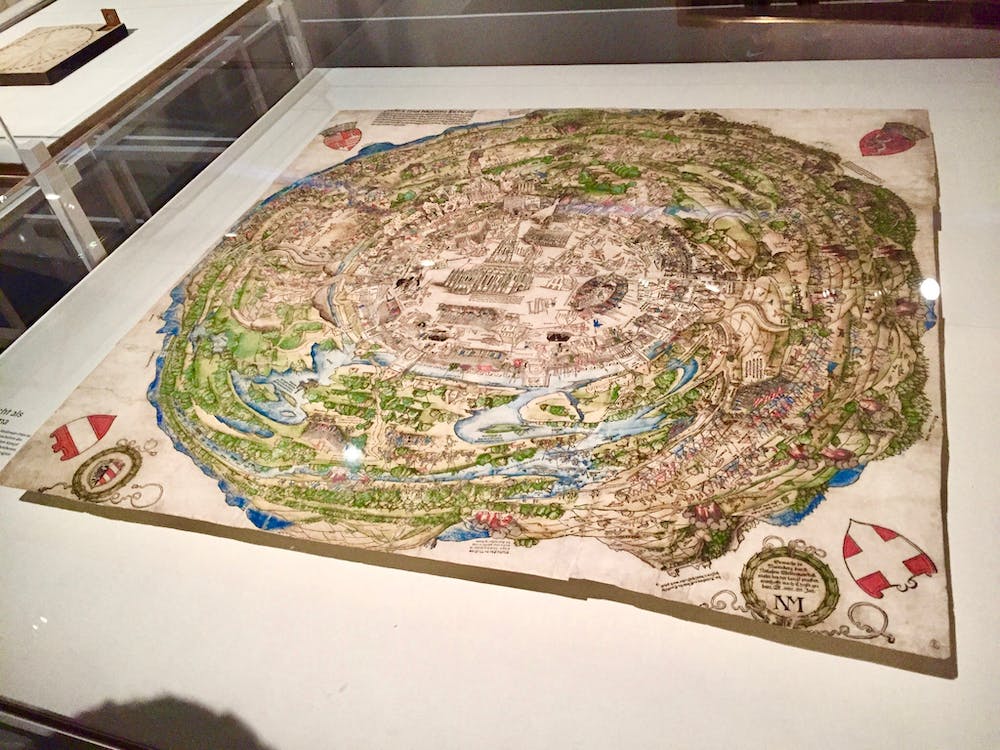 In some of our stories we have made references to the Ottoman sieges of Vienna.  The first siege took place in 1529 and the second in 1683. There is information about those events and there is even a visual description of the first siege. A publisher from Nuremberg, Niklas Meldeman, came to Vienna shortly after the siege ended and was looking for visual representations of the events as he believed there would be interested customers in buying these. Once in Vienna, he bought such work from a famous artist, but whose name is unknown to us today. According to Meldeman, this artist was on the top of the Stephansdom during the siege and drew a sort of map capturing all the events that he was seeing. 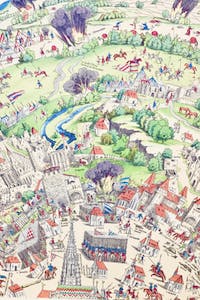 The artist did the work for himself and it is not really a map, but more of a graphical description of what was going on during those days. Later, Meldenman had the original drawing engraved and the first maps were ready in May 1530.  Although not perfect, this 360-degree panorama shows some of the buildings that existed at that time, troop movements, the city walls, ottoman positions, and other details. We do not know if there are many originals of these maps around, but the Vienna Museum has one copy for sure and since this is a very important historical document perhaps you want to check it out next time you are there! (Cr). 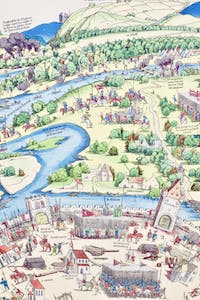