Nike at the Austrian Parliament 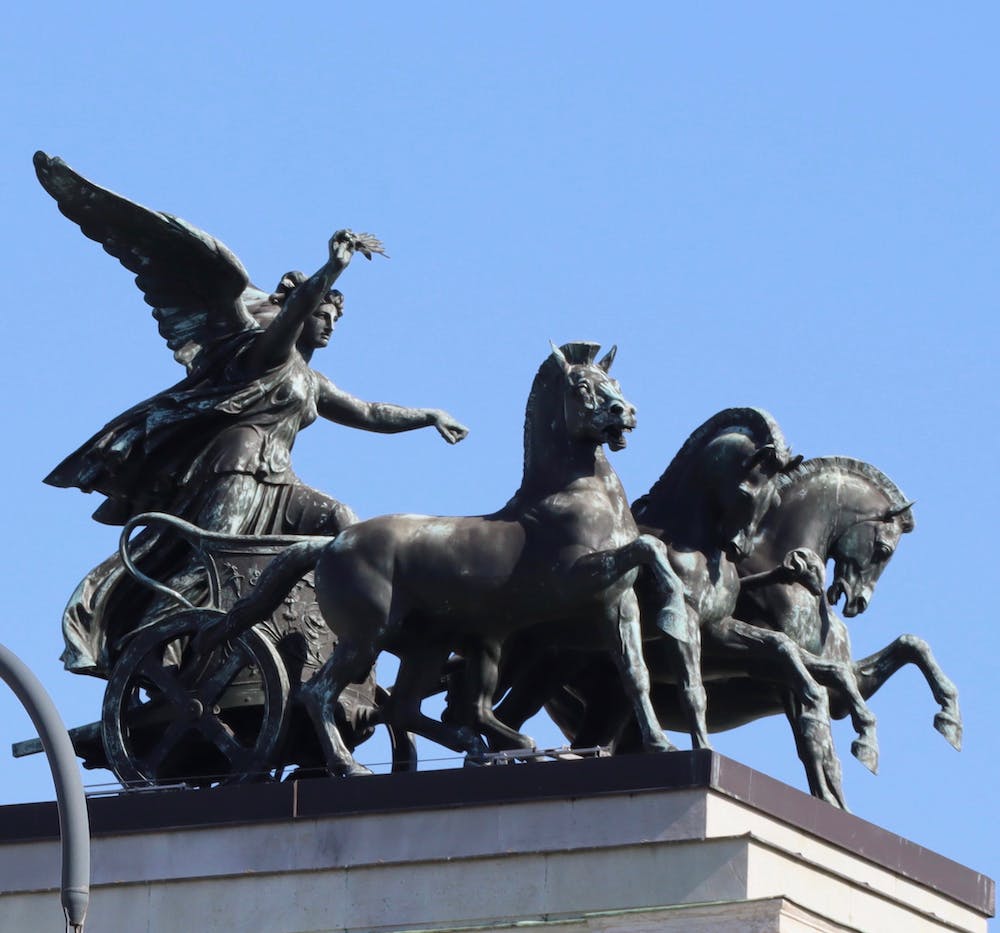 Built in 1874-1883 by the architect Teophil Hansen, the Austrian parliament is being refurbished and this project is expected to last until 2021. During this process, among many other activities, the figures and monuments decorating the building will be also renovated. A very visible figure decorating the parliament is that of a lady in a chariot. Have you ever wondered who that is? That is Nike, the Greek Goddess that personifies Victory. And it appears this is the idea that Hansen wanted to convey: the triumph of the parliament over other forms of administration. 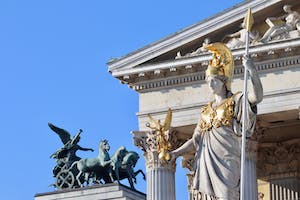 All eight bronze figures were installed in their positions between 1883 and 1885 and the manufacturer of the figures, Carl Turbain, assured at that time that these figures would last 2000 years. However, all of them were refurbished during 2000-2009 as they were in bad shape having serious manufacturing problems. Hopefully, the refurbishment of the parliament will be finished on time as it is hard to get a good picture of it with all the equipment surrounding it! (Cr). 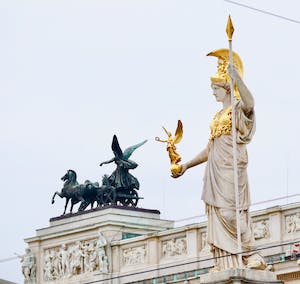