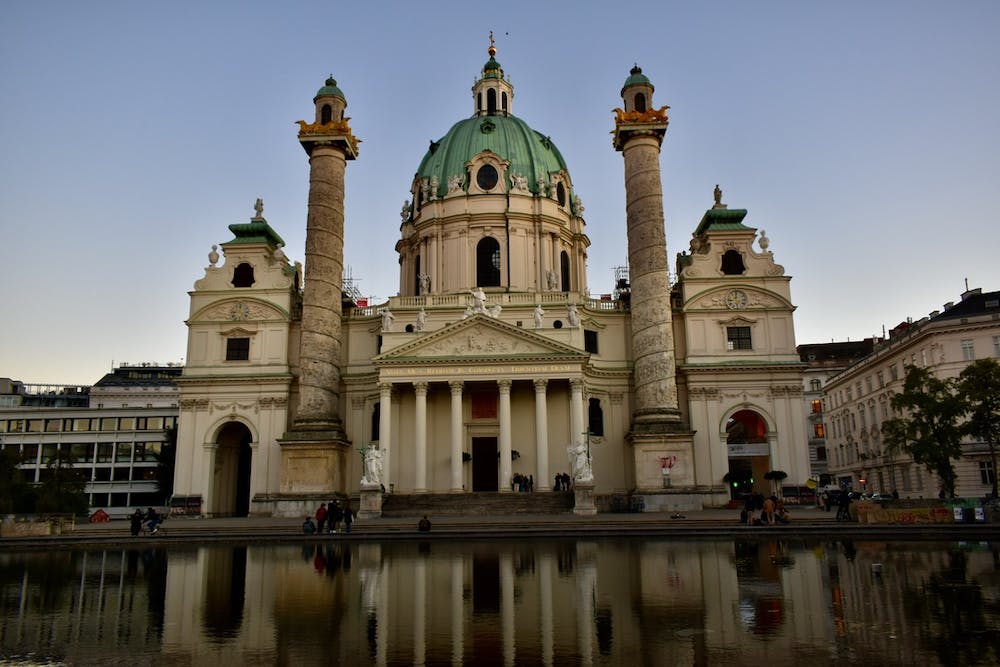 Karlsplatz- one of our favourite places in Vienna

The Karlsplatz, now an important spot right in the middle of our city, once belonged to an area outside the city wall. Gardens, wine taverns and artisan cottages could be found around the place in the medieval times.

The Karlskirche was built between 1716 and 1739, since emperor Karl the 6th promised his patron saint, Karl Borromäus, that he would build a church, if the black death would leave Vienna. One can visit the church every day of the week, from Monday till Saturday between 9am and 6pm and on Sundays from 11am till 6pm. Tickets for children beneath the age of ten are free, adults pay 8€ for entry.

Codename: Vienna-stories from the city of spies

Vienna has always been a hub for spies from east and west. In this tour our professional guide will lead you in their footsteps and tell you the incredible stories and well kept secrets of…