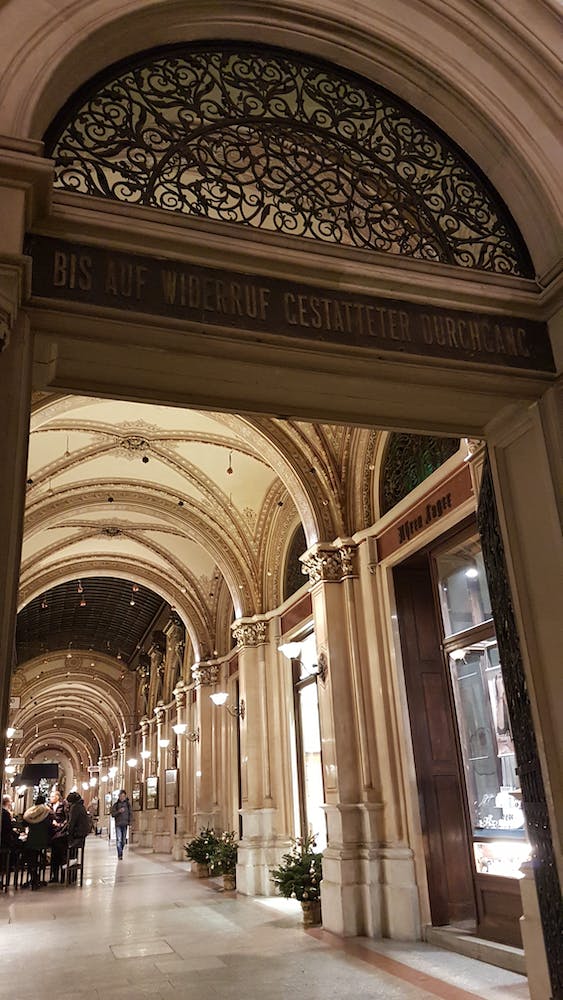 The Palais Ferstel is one among many in Vienna that is rather unassuming, and that you may have walked past many times without recognizing that it is there. That’s not because its unimpressive or unmemorable, but rather is located in and amongst a veritable cornucopia of Viennese real estate, such that it no longer stands out. The Palais Ferstel is one of a few buildings scattered around the city that has a passage going through it, which is open to the public – temporarily, or so they say. Above the passage you will find the words “Bis auf Widerruf gestatteter Durchgang”, which means the passage is accessible until further notice.

The Palais Ferstel was built between 1856-1860, and this ‘temporarily’ accessible passage was designed as a shopping arcade in the tradition of the great Parisian shopping passages. By the turn of the century, this passage had developed into something of a social scene – it was here that members of Vienna’s high society met to shop, stroll, and gossip. Walking through the passage today, with its fantastic arches and glass roof, transports one back to the height of the Habsburg Empire and the social lives of its leisure classes. Though it is today no longer the center of the social scene, it’s a lovely place for some window shopping and an afternoon glass of wine – and since there has been no “Widerruf” since the 19thcentury, we think its safe to say that it will remain open and accessible to the public! (CG). 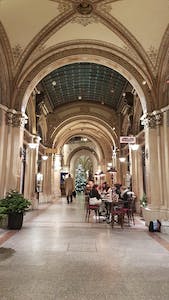