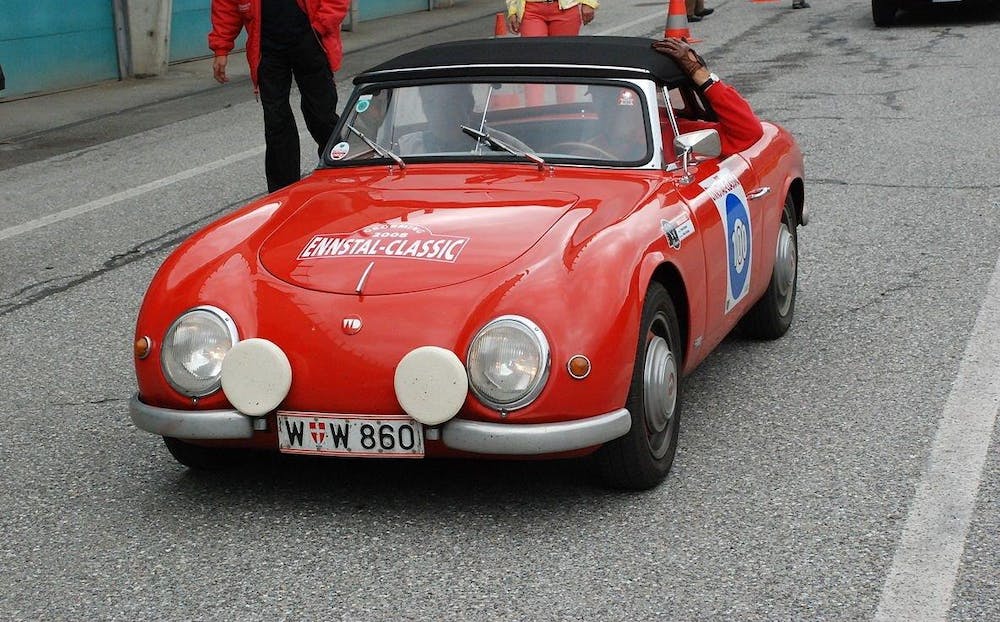 At the end of World War II, everything was gloom and doom in Vienna, as we wrote in a previous post. Or almost everything.  Wolfgang W. Denzel, a racing driver and engineer whose father owned an electrical engines factory in Styria, decided to build the first Austrian car in Vienna.

Using the chassis of a type of Volkswagen which had been produced in excess to supply German war effort, the first Denzel appeared in 1949. It had a body made of wood and vinyl. Later models started to have Porsche engines and steel or aluminium bodies.

As the performance of the car improved over time and started to become a competitor to Porsche, Volkswagen stopped providing components to Denzel, forcing the company to produce its own chassis. This happened in 1952 with the new Denzel 1300 Sport model. Many consider this car as the first true Denzel.

Denzel achieved worldwide publicity with the unexpected win of the 1954 Alpine Rally. The car was manufactured until 1959, with total output approaching 300 cars.