A Story of Powidl and Prague 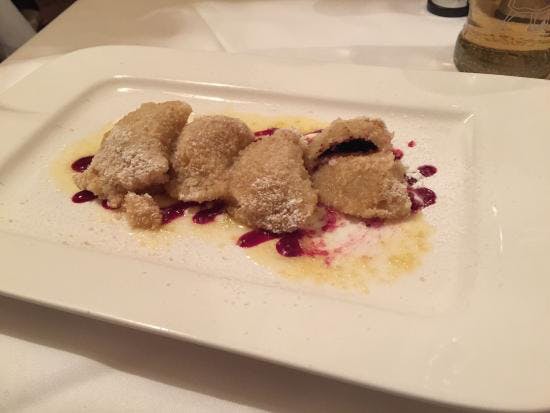 We recently told you about the history and transnational origin of the word “servus”, but there are many more examples to be found in the Viennese dialect that directly reflect the close connections the city had in the past to various countries of central and eastern Europe – especially when it comes to food! One good example of this is “powidl”, which is a common ingredient in Viennese desserts. “Powidl” is a prune sauce that is made without artificial sweeteners or gelling agents, and can often be found as a filling in different kinds of dough dumplings.

Recipes that include “powidl” can be found in the oldest Austrian cookbooks, but the word itself most likely comes from the Bohemian word “povidia”, which also means prune stew or prune sauce. Various “powidl” dishes originally come from Bohemia, and made their way into the Viennese kitchen during the Habsburg monarchy. At the time Bohemia was the industrial heartland of the empire, and a great deal of exchange took place between Vienna and Prague. Somewhere in the midst of this, the humble but delicious “powidl” migrated to Vienna, where it remains a dessert staple to this day!