The Story of the Schönbrunner Hof 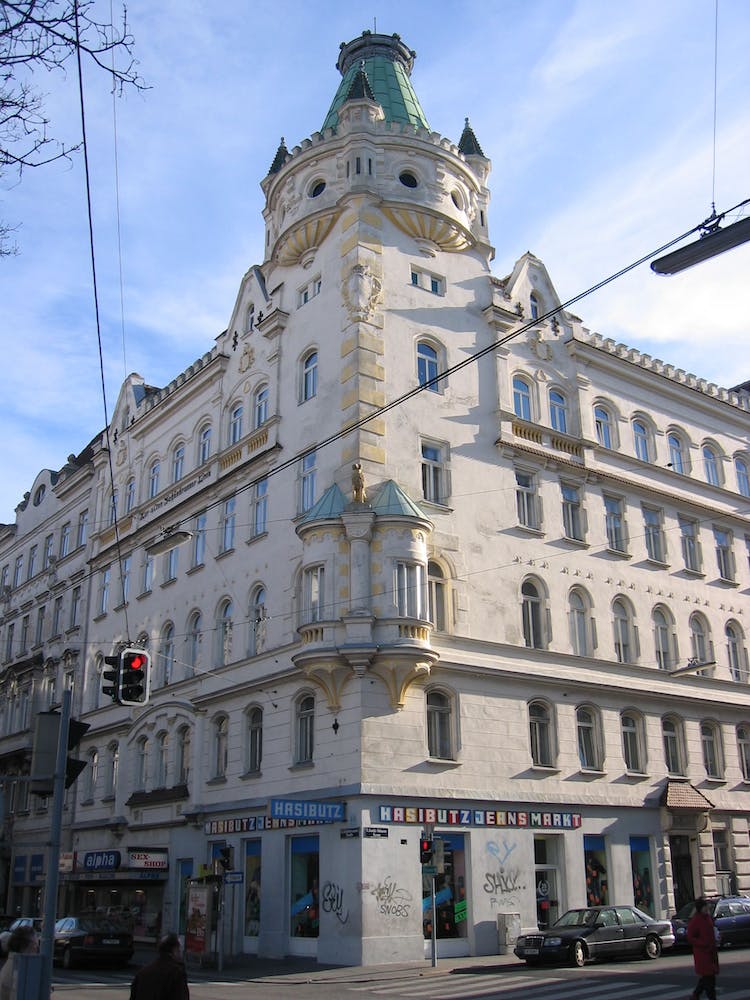 Although the Schönbrunn Palace gets most of the attention, there is another building in Vienna with a remarkably similar name that might also deserve a second glance when you’re walking by: the Schönbrunner Hof in the 5th district. It was built in 1904 according to designs by the architect Heinrich Kestel, in which he mixed traditional building styles with the more modern styles of the time. This can be seen in the combination of the prominent corner tower of the building, which recalls the style of medieval  castles, with the rounded arches of Romanticism. Kestel was a rather prominent Viennese architect who was responsible for at least 20 different buildings in the city, and even worked on the commission to regulate the Danube while still a student.

The Schönbrunner Hof is located at Schönbrunnerstrasse 141, which was the main thoroughfare connecting what were once suburbs of Vienna to the Habsburg summer palace. The Schönbrunner Hof also has a small plaque on it, in memory of the so-called Linienwall that once separated Vienna’s suburbs from its outlying villages. This was a fortification that was built in 1704 as a defense against the Turks and the Kuruc, a group of anti-Habsburg rebels who led several uprisings in the 17th and early 18th centuries. In order to build the Linienwall, all residents of Vienna and her suburbs were required to supply their labor or to provide someone who would substitute for them. As a result of the enormous number of people forced to supply their labor, the 4-meter-tall and 4-meter-thick fortification was built in just 4 months – and remained in place for 190 years, until 1894! (C.G)