The Cloth Arches of Tuchlauben 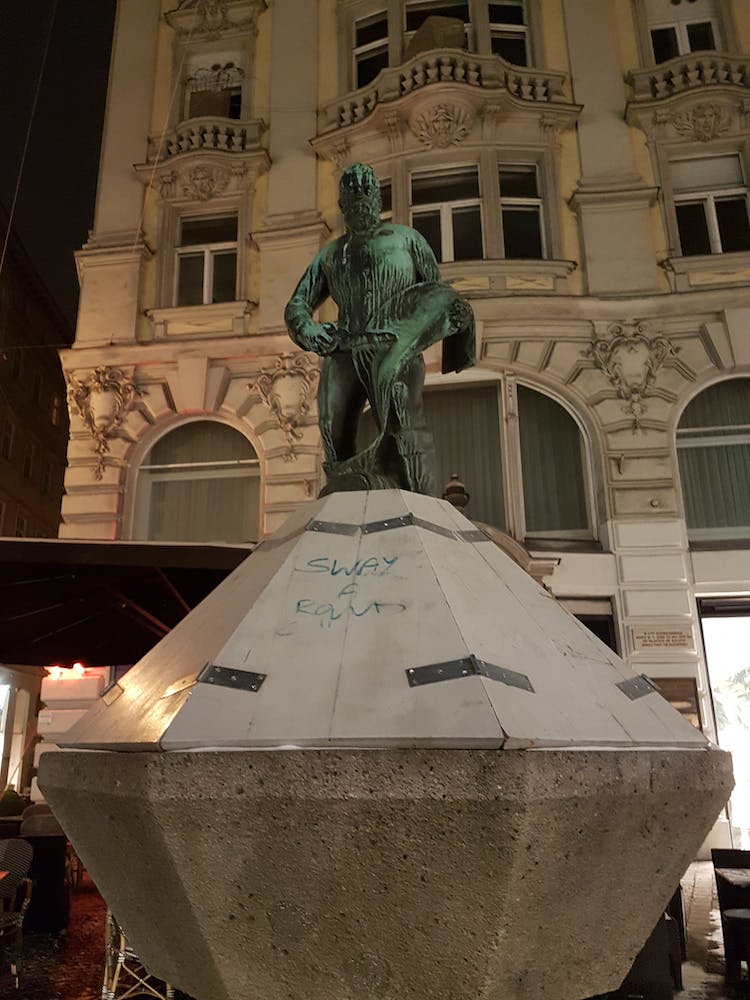 Most of you have probably been to Tuchlauben, if for nothing more than some good ice cream. But do you know what a Tuchlaube actually is? The literal meaning of the word is “cloth arches”, and the name of the street in the 1st district refers to the cloth merchants who used to hawk their wares from so-called “Lauben”, or arches. These arches were in fact the arched entrances that connected the street to cellars where the merchants stored their cloth. This street was one of the most distinguished in Vienna during the Middle Ages, and the cloth merchant’s guild one of the oldest and wealthiest in the city. Already at the time of the Babenbergs, who were Austria’s ruling dynasty from 976-1246AD, the cloth merchants were granted considerable freedoms and rights not granted to other guilds.

Today, at the corner of Tuchlauben and Brandssstätte, a fountain keeps watch over the street. If you look closely, you will see that the figure on the fountain is a man holding a large pair of scissors and cutting a piece of cloth. This is known as the Tuchmacherbrunnen – the cloth maker fountain. It was erected in 1928, and replaced an earlier fountain that once stood here, the Schönner Brunnen (the beautiful fountain) – not to be confused with Schloss Schönbrunn, which gets its name from a beautiful natural spring that a certain Kaiser Matthias is said to have discovered there in 1619! (C.G)