The Complicated Life and Times of Alma Mahler 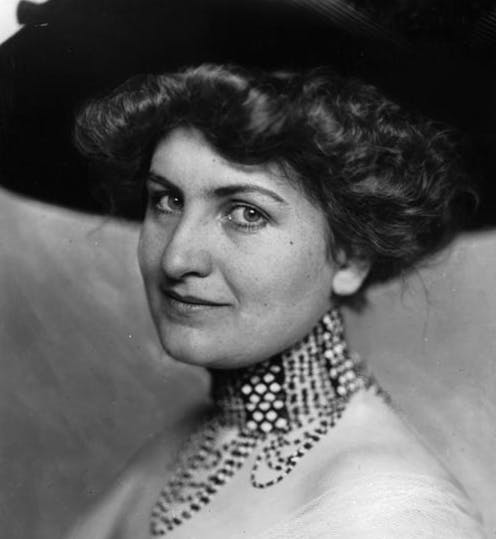 If you’ve taken our Powerful Women of Vienna tour, you know that there were many important and influential women in Vienna’s history. One such woman, who is not featured on the tour but who lived an extraordinary life, is Alma Mahler. She was the daughter of a well-regarded artist who often painted for the Habsburgs, and Alma came to be known as the ‘most beautiful girl in Vienna’ . Her mother regularly hosted salons in their home for members of Vienna’s fin de Siecle social elite, and Alma was the belle of these salons. Her first kiss was at age 17 with Gustav Klimt, but this was only the very beginning of her many relations with some of Vienna’s most famous men – she would go on to marry composer Gustav Mahler, architect Walter Gropius, and novelist Franz Werfel. On top of this, she carried on many affairs, including with the painter Oskar Kokoschka. Interestingly, she had many relationships and love affairs with Jewish men, even marrying them, despite the fact that her journals show her to have been profoundly anti-Semitic. Some scholars posit that she actually sought out these Jewish men so that she could humiliate them, make them want her, and then reject them. By many accounts she was a very difficult and complicated woman, and was verbally and psychologically abusive towards the people in her life. She sought out and manipulated powerful men, thereby inserting herself firmly into the artistic and cultural scene of early 20th century Vienna.

One reason for this may have been her own thwarted musical career. She was herself a fairly talented composer, and was quite musically active throughout her teens and young adulthood. However, when she married Mahler, he wrote her a 20-page letter setting out the terms of the marriage, which included that she give up her musical ambitions –  he justified this by saying he wanted a wife, not a colleague or a competitor. Although she had other lovers at the time who adored her and did not make such requests of her, she seems to have chosen the role of muse as a form of exercising power, as a way to drive and inspire the men she was with. In doing so, she also gave herself more glory and made a name for herself. Late in life she quite cunningly tied herself indelibly to Mahler’s legacy, despite the fact that she had a far longer relationship with Werfel, who was her last husband. But she correctly foresaw that Mahler’s star was rising while Werfel’s was waning, so she began presenting herself as Mahler’s widow and indeed that is generally how she is remembered today! (C.G.)