Tragedy and thrills: the Donauturm 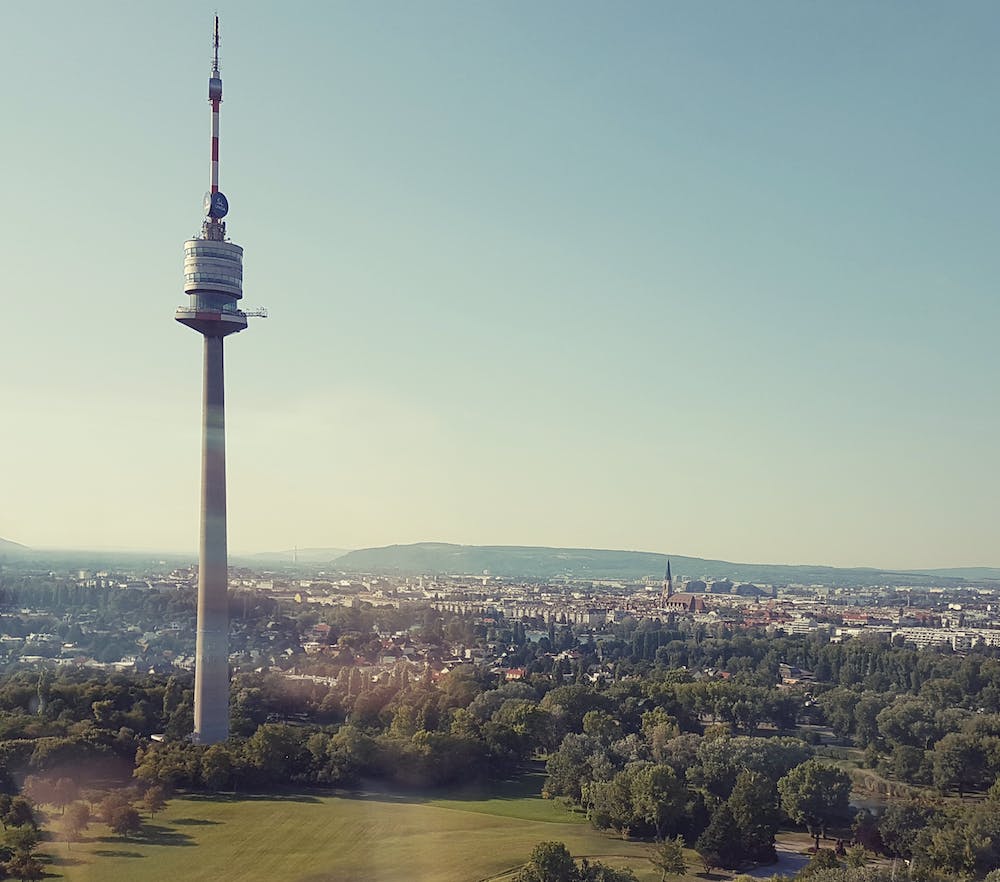 If you are looking out across Vienna, one of the structures likely to catch your eye is the Donauturm, which stands in relative isolation in the Donau Park in the 22nd district. The tower was built in the early 1960s as part of the Vienna International Garden Show, and at 252 meters was significantly taller than the Stephansdom at the time of its construction, and remains not only Vienna’s but Austria’s tallest structure. The tower was conceived from the start as a modern addition and symbol of the Viennese cityscape, and the observation platform allows for views as far as the Schneeberg in the south and Bratislava in the east on clear days. The life of the Donauturm has not been all clear skies and smooth sailing though: it was most notably the site of a tragic accident in 1968, just 4 years after its completion.

On June 6th of that year, as part of an exhibition celebrating airmail in Vienna, 7 hot-air balloons were supposed to take flight from the park in front of the Donauturm. Due to technical problems, 3 of those balloons didn’t make it off the ground. Another 3 successfully took off and flew past the tower as planned. It was the last balloon to make it off that ground that resulted in tragedy. This one rose too slowly and got pushed into the tower itself, where it got caught on the observation platform. After hanging there for a few moments, the balloon was punctured by steel protrusions of the tower, causing the basket of the balloon to plunge some 150 meters to the ground. Three people died in the accident: American balloonist Francis Shields, Austrian Post official Guntram Pammer, and Austrian Press Agency journalist Dieter Kasper.

Despite this horrific accident, people still plunge themselves from the Donauturm, though these days they do so willingly. Since 2001 the Donauturm has offered a bungee-jumping platform at a height of 152 meters, making it one of the highest bungee jumps in the world; nonetheless, it doesn’t even begin to compete with the Royal Gorge Bridge in Colorado, which is the highest bungee location in the world at a terrifying 321 meters! (C.G)