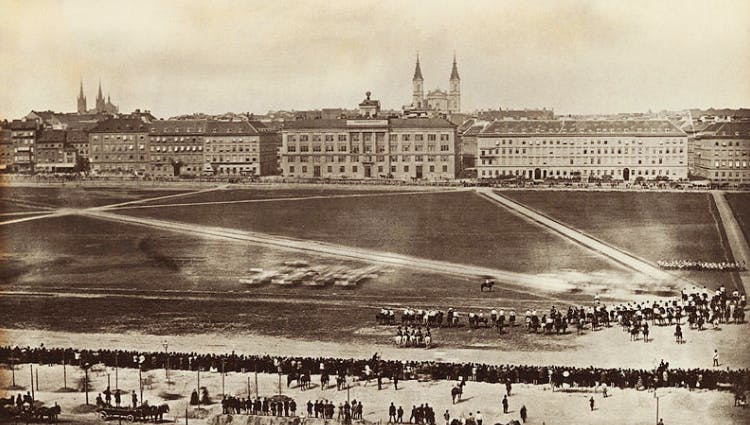 Kolingasse is a street you have probably walked past many times without thinking twice, but the next time you are there, take a moment to notice how much wider and grander it is than other similar streets in the area. In fact, the word ‘gasse’ doesn’t begin to do justice to what is in reality a broad tree-lined multi-laned boulevard. And it turns out, the size of Kolingasse isn’t an accident. As a matter of fact, the breadth and grandeur of the boulevard was intentionally built this way because Kolingasse was originally meant for military parades leading to and from what is now the Rathausplatz, but which was the parade and drill grounds of the Imperial Habsburg Army well into the second half of the 19th century. As such, Kolingasse was the main artery connecting these military training grounds to the then-still-unregulated Danube River. These parade grounds in the place where the Rathaus stands today are often visible on old maps of the city, as are the important arteries leading toward it. The other main access routes leading to and from the grounds were later re-designed to diminish their size and allow for more housing, but Kolingasse has retained its former glory, at least in a spatial sense…not that you would ever guess it from the unfitting “gasse” in its name! (C.G) 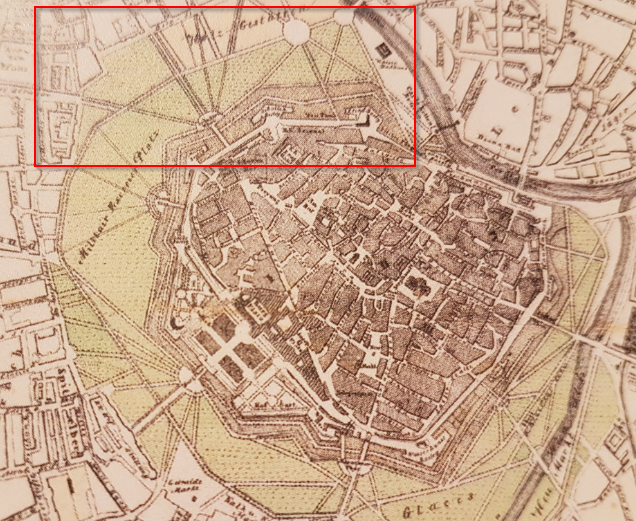