The story of the Herrnhuterhaus 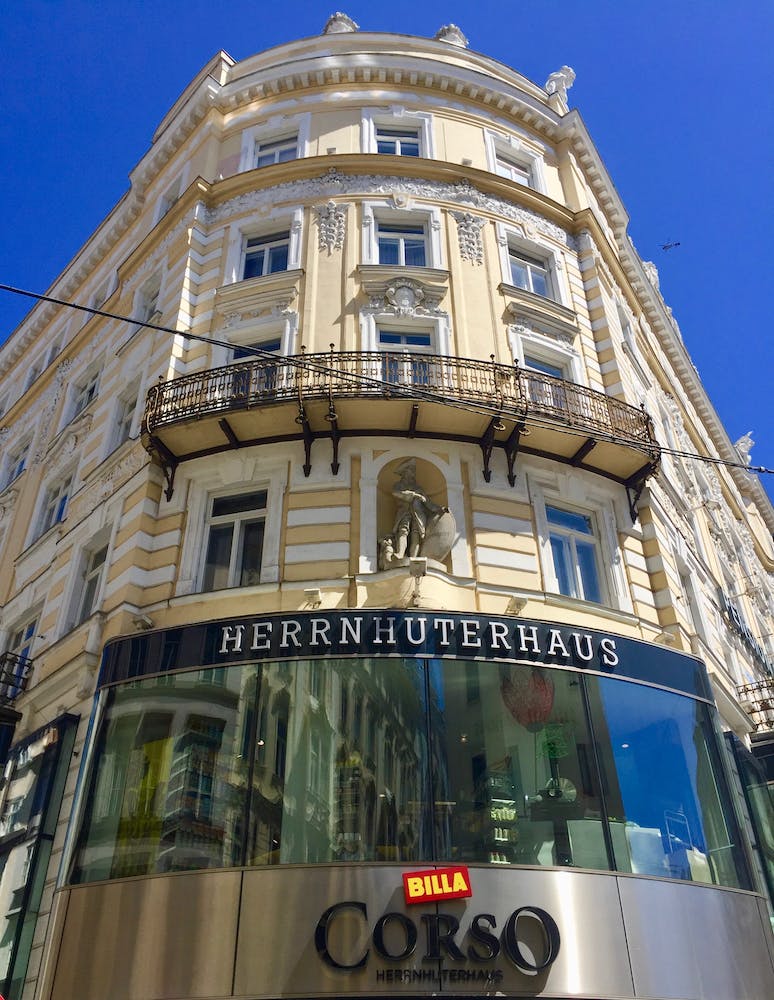 If you have lived in Vienna long enough you will remember the days that you had to hurry up to the supermarket because they would close very early. And this during the week and also Saturdays. Times have changed slowly for the better though. It was only last year that your SV explorer was amazed to read an announcement at the supermarket Billa Corso in the city center informing the public that starting in July 2017 they would open also Sundays and holidays. A great day, indeed!

The Billa Corso is a brand of Billa and there are two in the city. One is located in the Ringstraßengalerien and the other one in the “Herrnhuterhaus” at the Neuer Markt. The Herrnhuterhaus was built in 1900/1901, but the origins of its name are older. On the grounds where the Billa Corso stands today there was a business with the name “Zum Herrnhuter” named after a religious order called “Herrnhut”. Why this name? Well, the members of the religious order (the “Herrnhuter”) used to trade linen products and Zum Herrnhuter, established in the 1750s, used to sell linen clothes.

In addition to the name, there is another reminder of this past. We are told that the sculpture of a Herrnhuter, considered the patron saint of the business, was located in the old building and that it moved into the new one once construction was finished. Today, inside the Billa Corso, and also on the façade of the building, you can see the figure of the Herrnhuter. We do not know what happened to the original Herrnhuter in all these years and perhaps the original is either inside or outside the building or perhaps both are copies. What we know is that the Billa Corso opened its doors here in 2010 and since it started opening Sundays and holidays we can testify that it has been of great help for visitors and locals alike! (Cr). 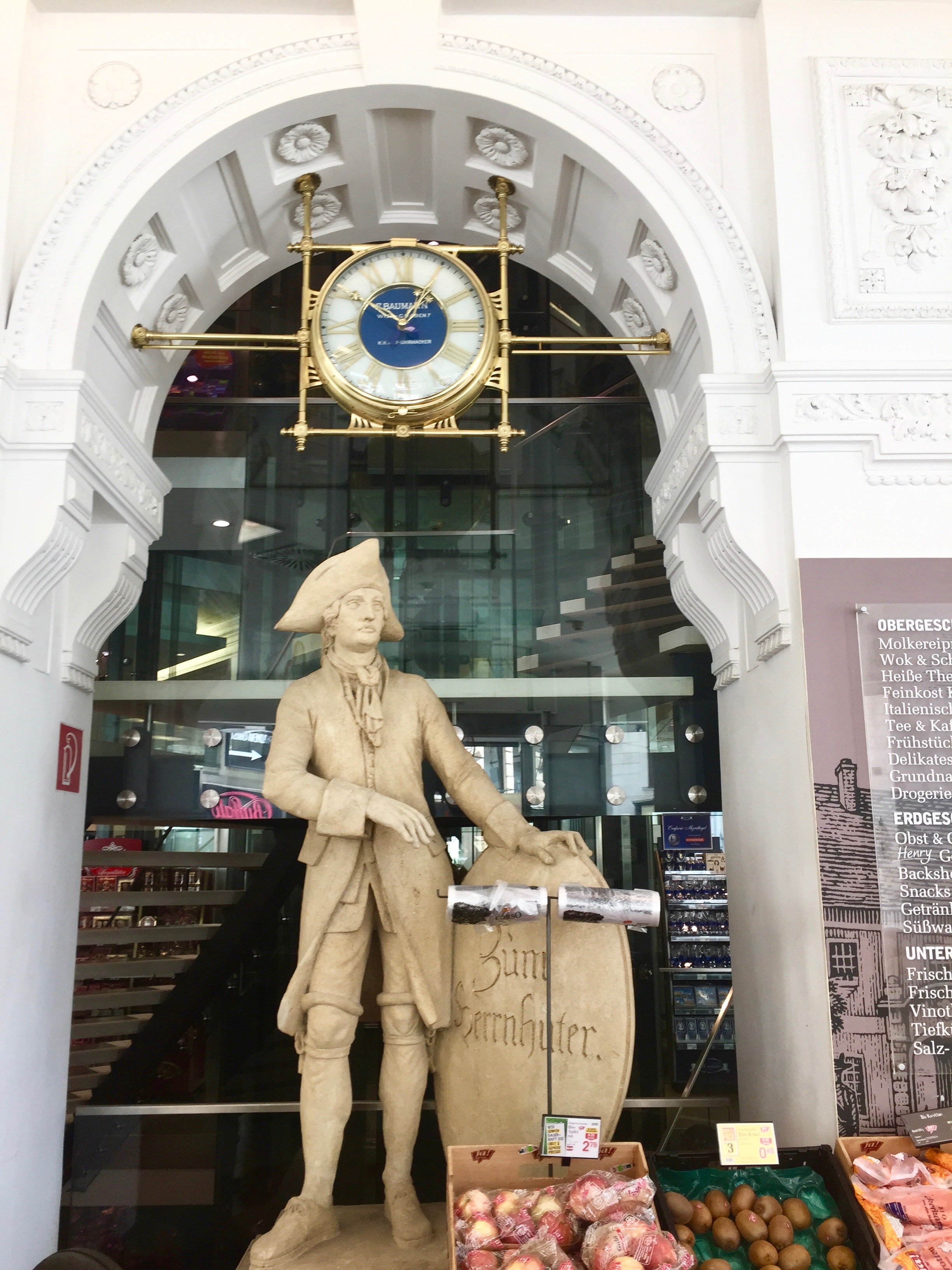