Vienna’s Freihaus and the ghost of Papageno 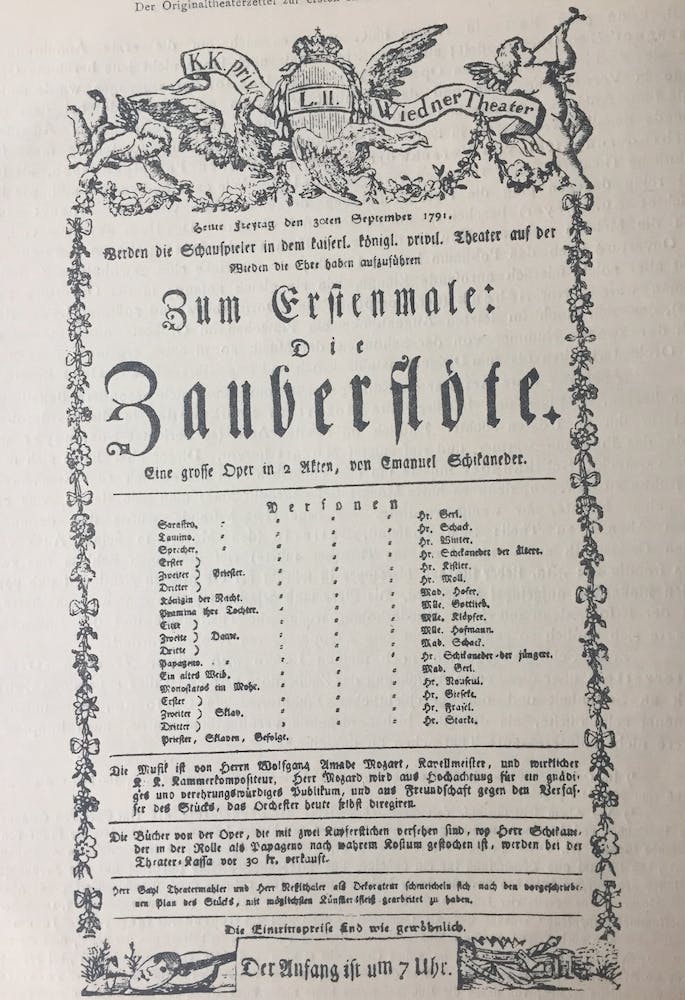 Next time you find yourself in the Freihaus neighborhood (Freihausviertel) at night, pause for a moment. Over the modern murmur of the Wieden (the 4th district) you might just catch a faint, familiar melody on the wind.

It was in 1642 when Konrad Balthasar Starhemberg purchased a piece of land somewhere between the current Operngasse and Wiedner Hauptstrasse. Eventually this area became a housing complex, which by 1857 hosted around 1000 people, several shops, restaurants, a library, and a theater! 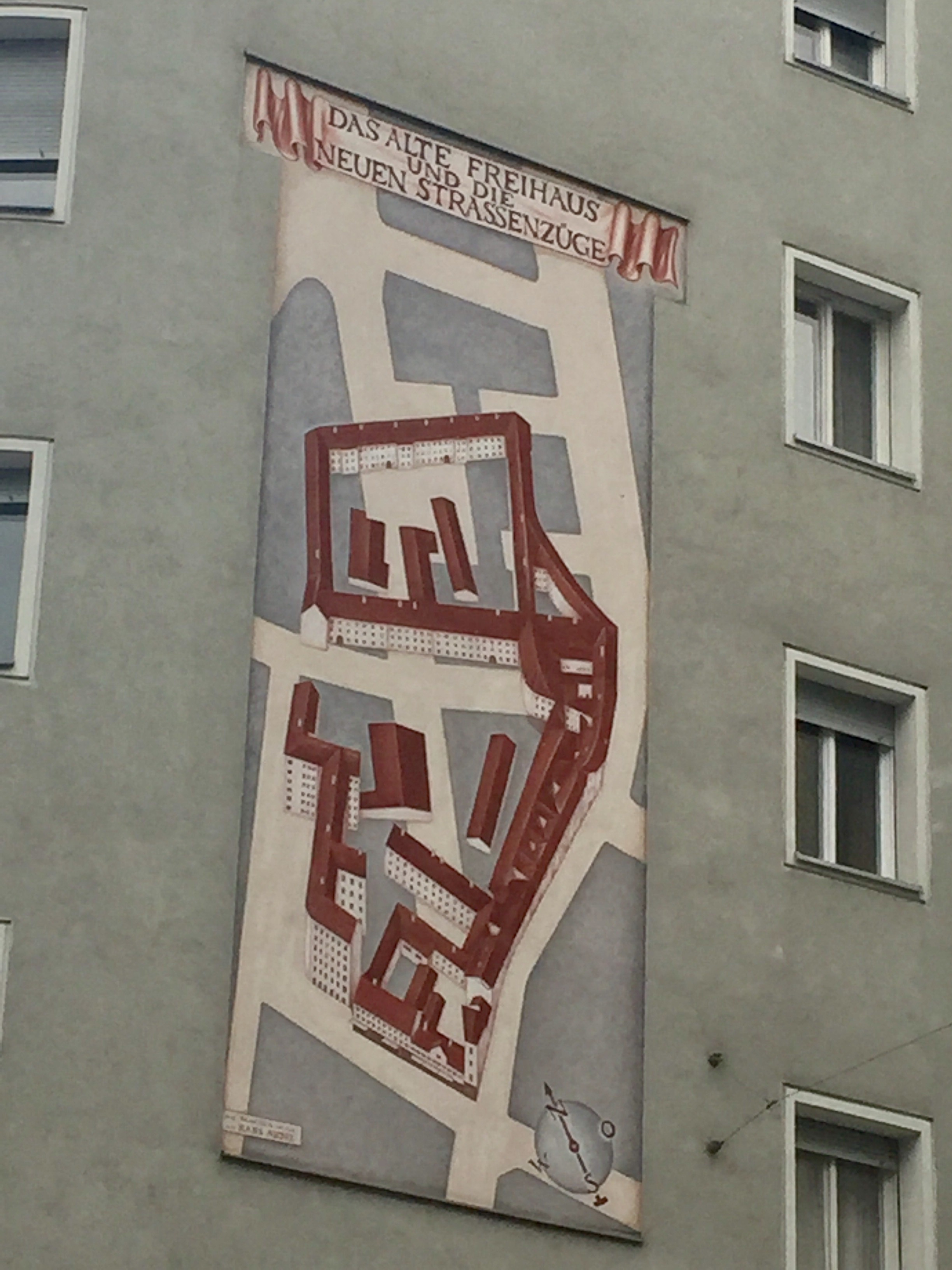 The old Freihaus and the new streets

The Freihaustheater opened its doors in 1785 and may have disappeared into the annals of history had it not been the site of the premiere of Mozart’s Magic Flute (Zauberflöte) in September 1791. Emmanuel Schikaneder, who owned the Freihaustheater, had asked Mozart to compose an opera based on a libretto developed by Schikaneder himself. Mozart agreed, and according to one historian, did not demand anything for the opera except for Schikaneder’s word that Mozart would keep the copyright of the piece so that he could sell it if the opera was successful. Schikaneder benefitted doubly, landing the role of Papageno (see the flier in the picture), the bird catcher and most recognizable character from the opera. However, so the story goes, Schikaneder did not keep his word and sold the Zauberflöte to other theaters and made a fortune out of it! Given that Mozart died only two months after the opera premiered, he likely never complained.

The complex remained in the hands of the Starhemberg family until the year 1872. Under new ownership, demolition began in 1913 and the final parts of the housing complex were completely removed by 1970.  Today the neighborhood where the Freihaus was located continues to bear its name, and remains one of the most vibrant parts of Vienna full of coffee shops, hairdressers, bars, and restaurants.  Other than the theater and the tax exemption (“the free house”) … it seems everything has remained the same (Cr).