Climbing Up to Klimt 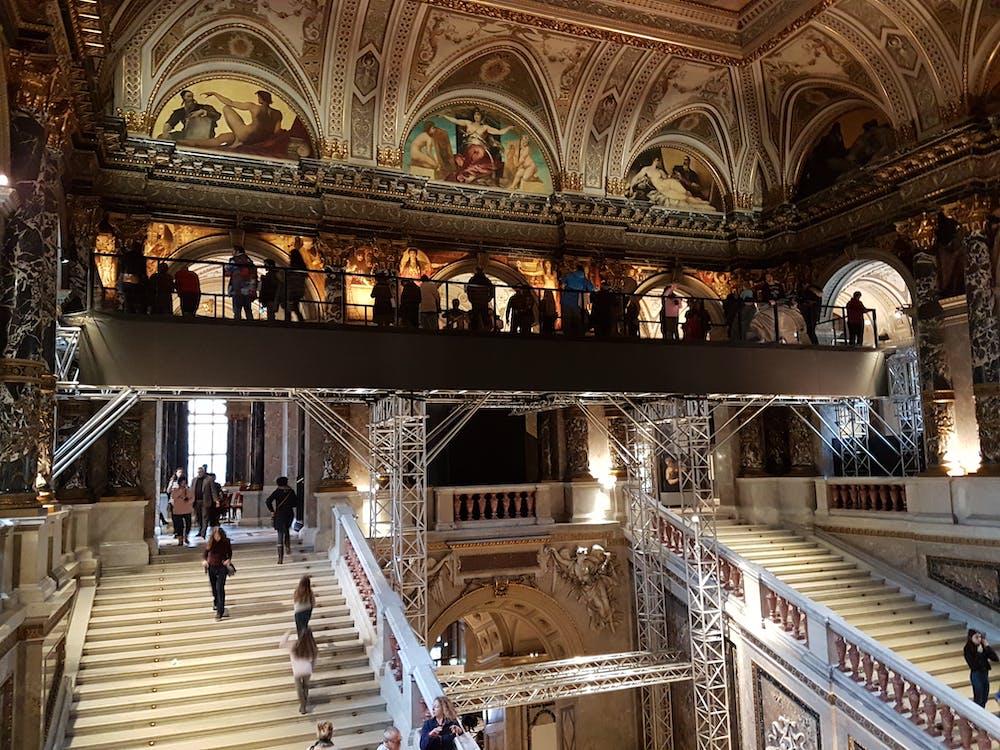 It has been almost exactly 100 years since Gustav Klimt died on February 6, 1918, but he has remained one of Vienna’s most famous and talked about artists. Some of his most well-known paintings can of course be found in the Belvedere and Leopold Museum, but the Jugendstil style for which he is primarily known can be found all over the city. However, he did not begin his career in the Jugendstil style, but rather in a Historicist style, of which there is still some evidence to be found in Vienna: one of these places is inside the Kunsthistorisches Museum (Vienna Art History Museum). This museum was built between 1871 and 1891, and at some point it was decided that the grand entrance hall with the staircase leading up to the galleries would need some decoration. The commission to paint the walls in the hall was initially given to Vienna’s most celebrated painter at the time, Hans Makart. Klimt was said to idolize Makart, and Makart seems to have had a great influence on the young artist’s style. Makart did in fact complete the semi-circular lunette paintings in the entrance hall of the museum, but died shortly thereafter. Two other artists were commissioned to continue on the project before it was given in 1890 to the Künstler Compagnie (Artists’ Company), an artist’s collective that Klimt had formed with his younger brother and school friend Franz Matsch. Klimt was 27 at the time, and getting the opportunity to not only paint the walls of such an iconic building but also the same walls his artistic idol had worked on must have seemed like the opportunity of a lifetime.

The commission was a challenging one, as the space to be painted was the triangular surface formed between the arch above the stairs and the wall columns, as well as the small rectangular space between the columns. The three artists of the Künstler Compagnie each got their own wall, with Gustav Klimt getting the north wall, and split the fourth (Western) wall between them. The paintings they produced are some 12 meters above the ground, and can normally be best viewed from the grand staircase. The paintings by Klimt are a good example of his earlier Historicist work, although they do also show a flirtation with the Jugendstil style for which he would later become known. While these paintings can usually only be seen from a considerable distance, they can currently be viewed up close and personal: until September 2nd, the Kunsthistorisches Museum has set up a large staircase and bridge that allows visitors a remarkably intimate view of these often-overlooked paintings. The stairway and bridge have been set up once before, in 2012 – so if you missed it then, this is your chance! (C.G.) 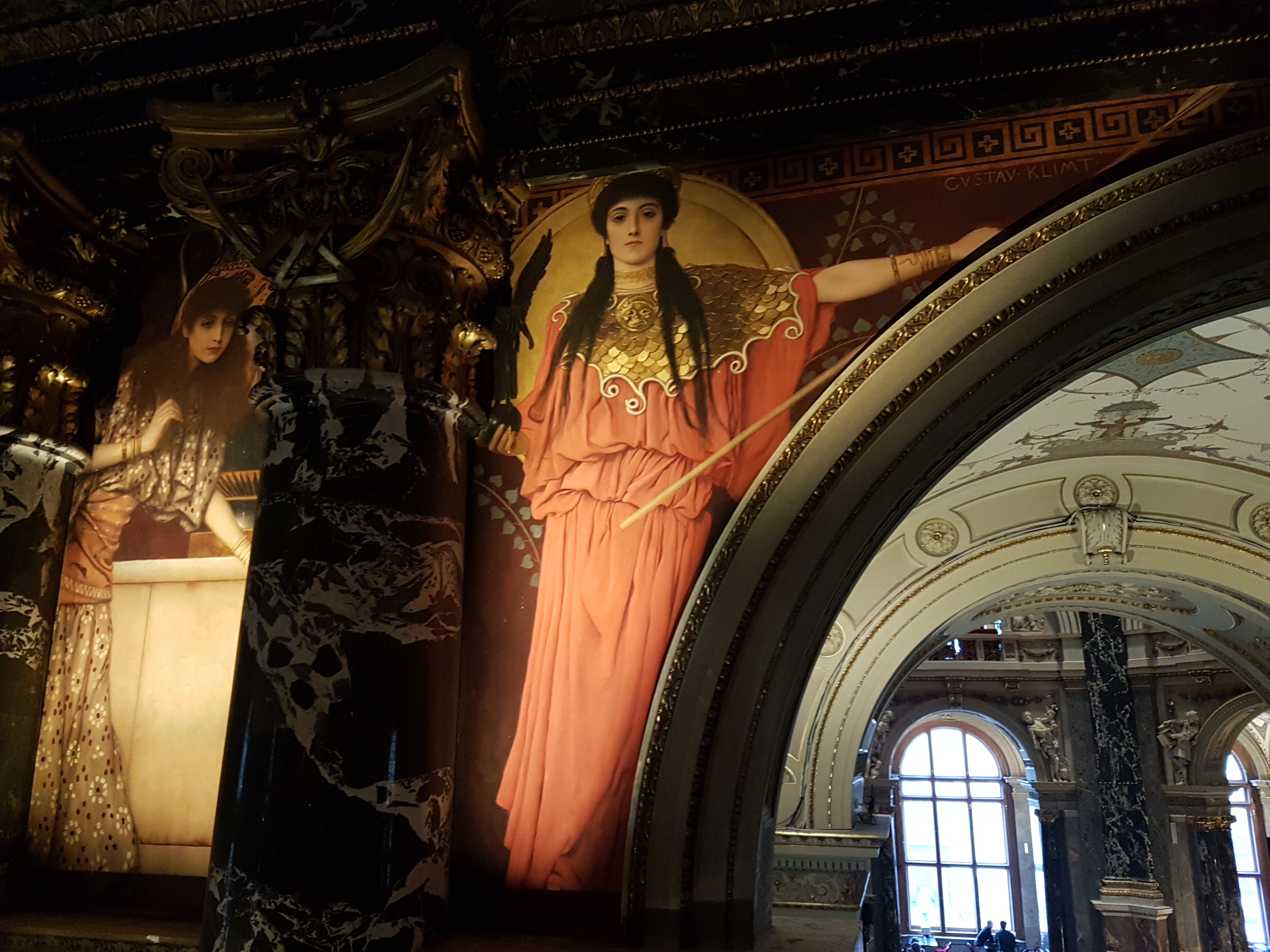