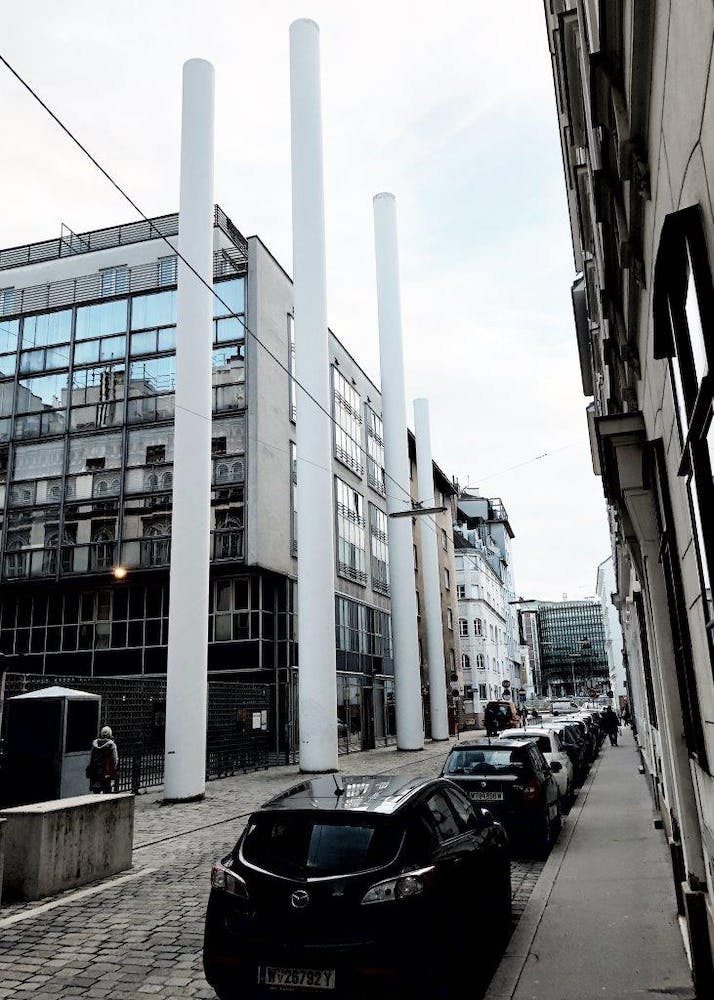 If chance or purpose take you close to the Nestroyplatz in Vienna’s second district, spare three minutes of your day and visit the Tempelgasse. It is a small, discreet street, easy to miss if you walk in haste on the far larger Praterstrasse, where it begins.

The quietness of Tempelgasse is visually punctured, more or less in the middle, by four huge white pillars which dominate it. Far grander than the buildings around, these vertical columns stand tall to tell a story. A sad story, like many of the stories scattered around Vienna’s second district.

At this address, between 1854 and 1858, the Leopoldstädter Temple was built according to plans by Ludwig Förster. It was the largest synagogue of Vienna. With an architecture influenced by the Moorish style, the 2000-seats synagogue had three naves, with the aisles separated from the nave by high arches. The design seduced the Jewish communities across Europe and several replicas were built at the end of the 19th century. One can find the same architectural discourse at the Zagreb Synagogue, the Spanish Synagogue in Prague, the Tempel Synagogue in Kraków, the Grand Synagogue of Edirne, and the Coral Temple in Bucharest.

On November 10, 1938 the Leopoldstädter Temple was destroyed during the Kristallnacht. The four white pillars on Tempelgasse are a memorial to the burned down synagogue, replicating in size and placement the columns that framed the front of the edifice.

The picture here depicts the Coral Temple in Bucharest and its helps to imagine how the building looked around the four pillars that are located today in the second district. If you happen to travel through Zagreb, Sofia, or Budapest (and still other places), you can look out for the offspring of Leopoldstädter Temple. Search diligently as, for example, the one in Bucharest is well hidden among a concrete forest of grey communist blocks. (Ra)

Other synagogues based on the Leopoldstädter Temple include: 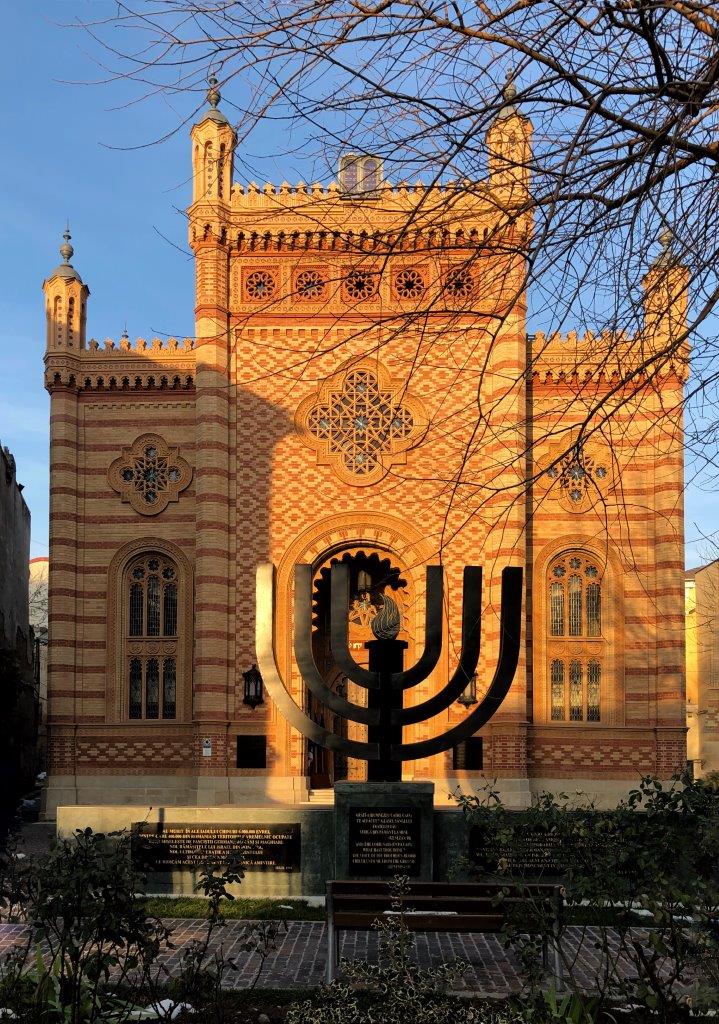