Winter time in the Albertina 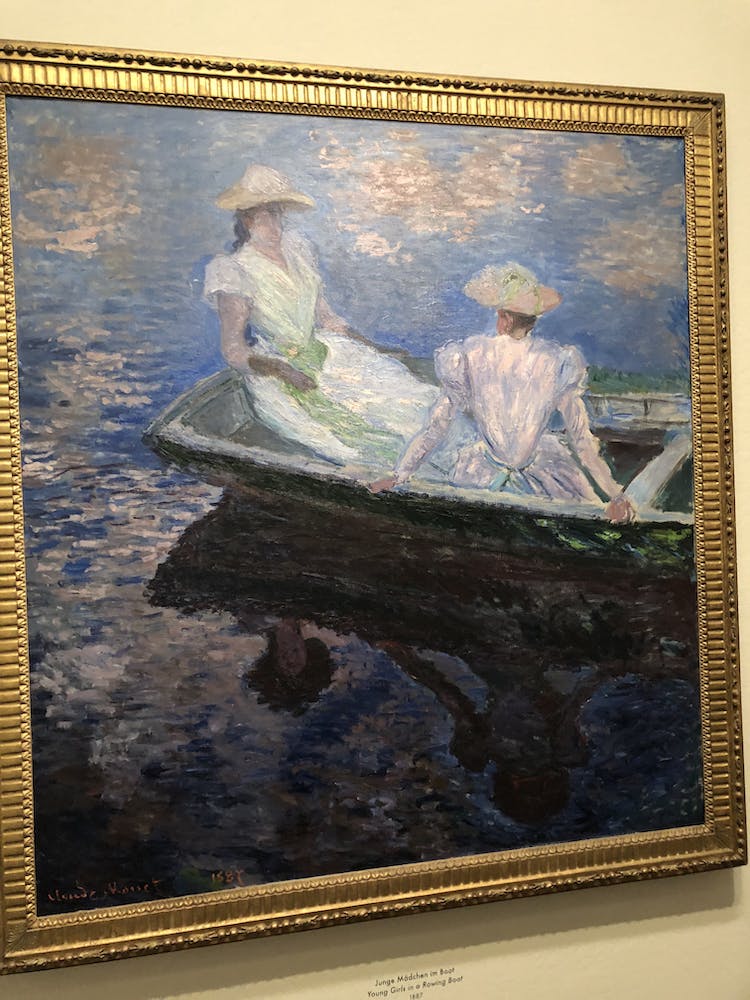 When your SV explorer went to visit Albertina a couple of days ago, he expected to have a relaxing, quiet museum visit with no major surprises. But the surprises starting popping up from the first room.

The ground floor hosts the exhibition of Niko Pirosmani. Born in Georgia in 1862 (part of Russian Empire at that time) in a family of peasants, he became an orphan at an early age. He taught himself to paint and although he was poor his entire life, doing all sorts of jobs to make ends meet, he painted in a style that would be later named primitivism. He was never famous throughout his life and died in April 1918 of malnutrition and liver failure. One of the paintings in the collection displays a French actress and dancer who visited Tiblisi in 1905. The story goes that he sold all his belongings to be able to buy her hundreds of roses. The roses are at the core of the big surprise in the room: a table shaped object designed by the famous Japanese architect Tadao Ando, meant to represent a symbolic grave for the painter. As the architect writes: ‘the rose is ephemeral, a fleeting incorporation of the short span between birth and death. The rose is graceful yet its thorns can hurt. It is a symbol of the contradiction between beauty and mortality’. 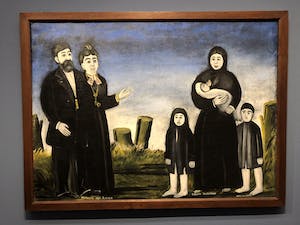 Going to the next floor in the museum, one can easily feel the magnetism of the works of Monet. Born in Paris in 1840 he was one of the main artists to shake the establishment of the art world and give birth to a new artistic style, Impressionism. The exhibition tracks in 100 paintings both his artistic development and the impact of his private life on his creations. Best known for his dedication to depict the faintest changes in a scenery as the light changes throughout the day and the seasons, the true impact of his art can be felt only by seeing the ethereality of the real paintings. Any reproduction, no matter how good, fails to electrify the audience. His choice of colors is otherworldly. Hard tried by fate (he survived both his wives and his oldest son) Monet lost his eyesight towards the end of his life and painted almost blind some surreal paintings, also on display in the exhibition.

The Helen Levitt retrospective changes the artistic perspective from painting to photography, from Georgia / France to the streets of 20th century New York. Referred to as ‘the supreme poet-photographer of the streets and people of New York’ by a journalist from The New Yorker, Mrs. Levitt documented for many decades the lives of poor people in the big city. Inspired by the great photographer of the ’Decisive Moment’ – Henri Cartier-Bresson – she took a camera with her and started walking the streets of her neighborhoods, capturing the essence of humanity that springs in even the most unfriendly conditions. 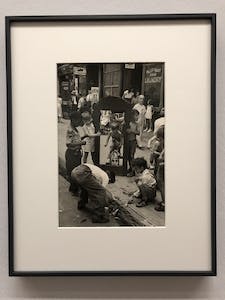 So, our recommendation is for you go and take a couple of hours on a gray winter day and go treat yourself with some of the best art of the 20th century. (Ra).